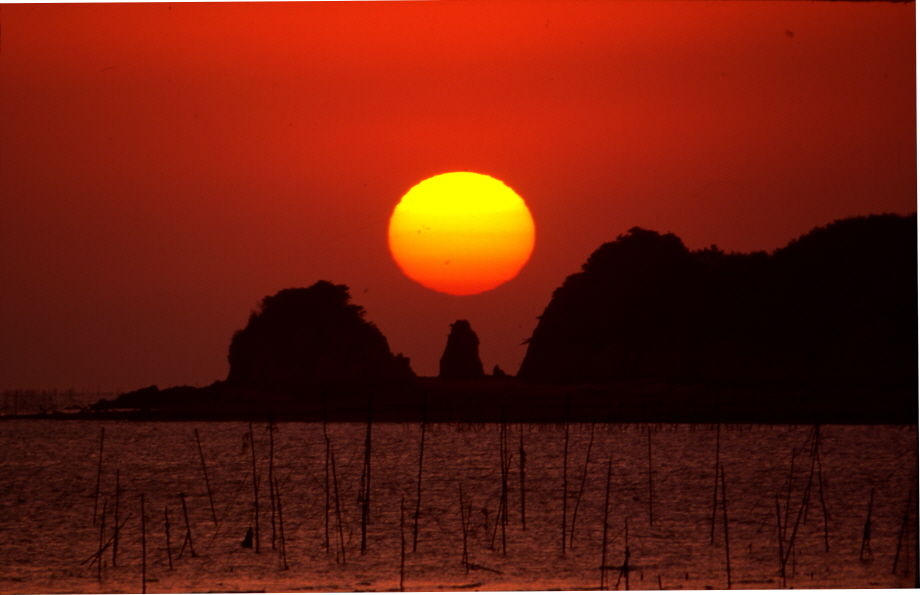 The name, “Waemok (lit. ‘Heron’s Neck’),” was given due to the long and narrow shape of the village that was reminiscent of a heron’s neck. Due to its unique topography, when you look eastward to the West Sea, you can enjoy an exquisite view of the sunrise in the morning

About Sunrise in Waemok Village

Waemok Village of Dangjin, famous for the beautiful sunrise

Waemok Village is located on the northernmost end of Dangjin, Chungcheongnam-do Province along the west coast. The name, “Waemok (lit. ‘Heron’s Neck’),” was given due to the long and narrow shape of the village that was reminiscent of a heron’s neck. As you can probably imagine from its name, the village has a unique topography characterized by a long and narrow shape alongside the west coastline, and it is divided into two halves by the sea. Due to its unique topography, when you look eastward to the West Sea, you can enjoy an exquisite view of the sunrise in the morning.

A spectacular view of the sunrise

A geographical feature that will instantly catch one’s eye is a rock, which looks like a brush that has been placed upside down, between Nojeokbong Peak and the hill of the Port of Janggo located in the sea at around 3km from Waemok Village. It has even drawn the attention of photographers, who travel around the country in search of splendid scenery, and quickly became a popular photography spot through word-of-mouth.

A photograph of the rock that moved countless people was taken during a sunrise. Not only is the sight of the sun rising above the horizon of the West Sea unique, but the photograph also captured the red glow of the sun above the rock, emanating a mysterious air. As one might expect from a nation, where there has long been a strong preference for sons to daughters, it’s been said that families without a son would come to this spot near the break of dawn and pray upon the rock to grant them a son, as it was regarded as a “phallic rock.”

This rock came to be known as a phallic rock that could grant couples a son, due to the demographic makeup of Waemok Village. There was a time when there were only around six or seven households residing in this isolated village, which couldn’t even be accessed by a car. Back then, there were few families with a daughter, as one can tell by the fact that people said there was only “one daughter for every seven sons” in this village. People explained this phenomenon by suggesting that it was due to the strong yang energy of the village arising from the phallic rock.

Then, at some point, this rock came to be popularly known under the name, “Chotdae-bawi (lit. ‘Candlestick Rock’),” and the sunrise seen above Chotdae-bawi from Dangjin began to be considered one of the most spectacular sights observed in Korea. The sun rises above this rock between the months of February and October, and in July and August, in particular, the sun rises between Nojeokbong Peak and Gukhwado Island. The sun rises from different points between the Port of Janggo and Gukhwado Island throughout the year, especially at the summer solstice and the winter solstice.

Following the construction of Daeho Embankment in 1984, the western area of Waemok Village was transformed into reclaimed land, with the disappearance of the sea enveloping the village. The construction of Daeho Embankment along 7 to 8km coastline between Dobido, situated in Seongmuk-myeon, Dangjin just like Gyoro-ri, which is where Waemok Village is located, and the Port of Daesan in Seosan resulted in topographic changes with the sea area being transformed into farmlands.

At the peak of Seongmunsan Mountain (70m) behind Waemok Village, one can take in a view of the vast Daeho reclaimed area on the west end of the village. When you look toward the other side, you will be met with a splendid view of the deep blue sea. As such, you can enjoy a panoramic view of the Daeho reclaimed area and the sea on the west of Waemok at the peak of Seongmunsan Mountain, where you can also watch the sunset, and this is why it receives endless streams of tourists. You can get to the peak of the mountain by climbing up the trail, which starts at the Marine Security Guard Post of Waemok Village, for around 10 minutes.

Waemok, a place where you can obtain fresh oysters

Waemok Village was home to people whose livelihood depended on the seafood collected from the shore, as there were no farmlands to work on prior to the construction of the embankment. Living in the village were only around six to seven households, who could not even fish as they did not have any fishing boats. All that they could rely on to make ends meet was the ecosystem of the shoreline, and the plenitude of rocks that revealed themselves whenever the tide drained away from the shore were the sole source of income for the villagers in winter.

The shore of the village with countless rocks in various sizes is a habitat for oysters. In the past, the villagers collected these oysters, which were as big as a child’s fist, to sell them at a market or go to a neighboring village to trade them for grains.

Years have gone by since then, and now, the residents of Waemok Village no longer have to worry about famine. However, they still go out to the shore during an ebb to collect oysters. Several seniors living in the village have been sustaining their livelihood by working on the shore, and you can often see them sitting at the corners of the streets with freshly picked oysters, waiting to offer a plate of oysters with chogochujang on the side to tourists.

The oysters that they offer are considered the best of the best wild oysters that are plump and juicy. They are offered as a premium appetizer served with alcoholic beverages or used as a main ingredient for gulbap (rice with oysters) at the restaurants in town. The fresh wild oysters collected from the shore are a must-try delicacy for all tourists visiting the village, and regardless of how they are cooked and served, they will definitely tantalize your taste buds.

The beautiful beaches of Waemok Village

The beaches of Waemok Village are comprised of sandy beaches and a rocky shore. Gukhwado Island observe across the sea presents a jaw-dropping sight that cannot be enjoyed at an open sea with an endless horizon. The spectacles unique to the beaches of Waemok Village will inevitably make you sentimental and become immersed in the romantic atmosphere. You can also relax to the beauty of nature, while walking along the beautiful beach in barefoot on the waterfront deck. For inquiries about traveling in Waemok Village, call 041)350-3590~3 on weekdays, or 041) 350-3322, 3222 on holidays or at night. 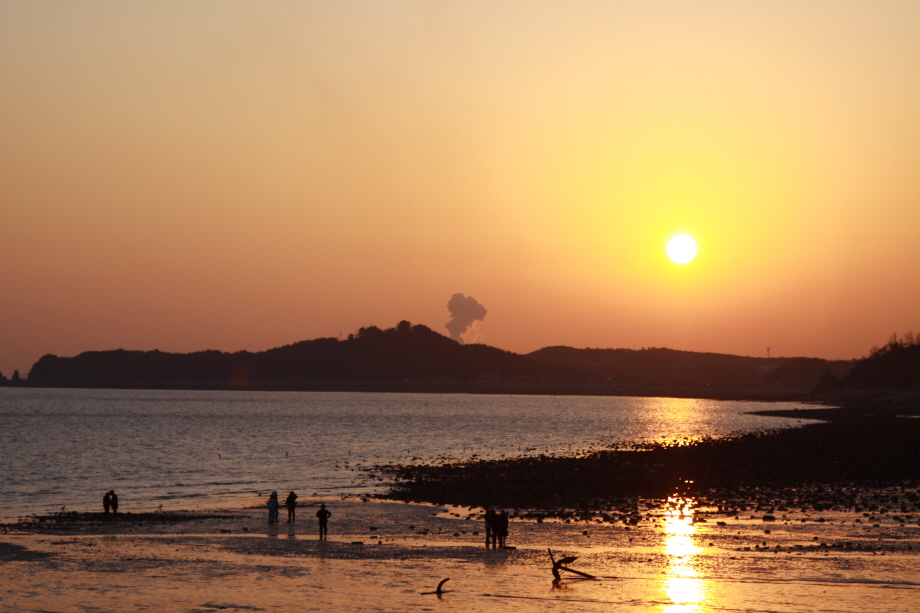 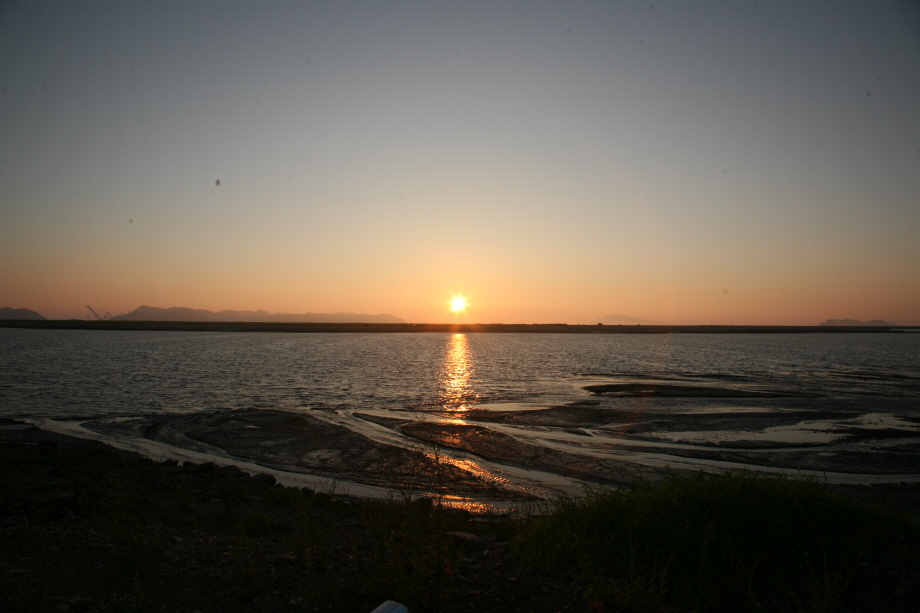 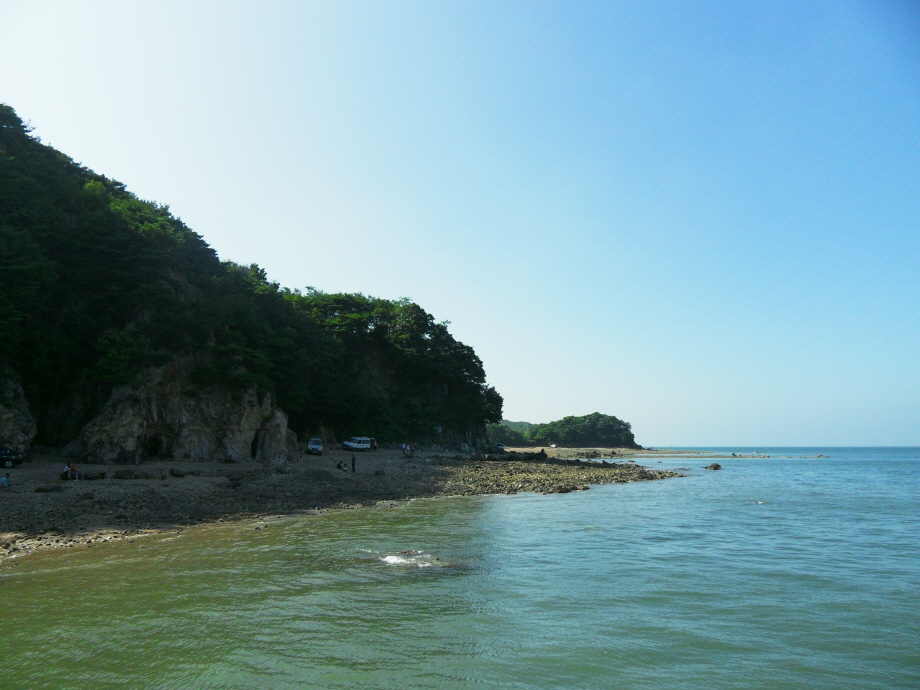 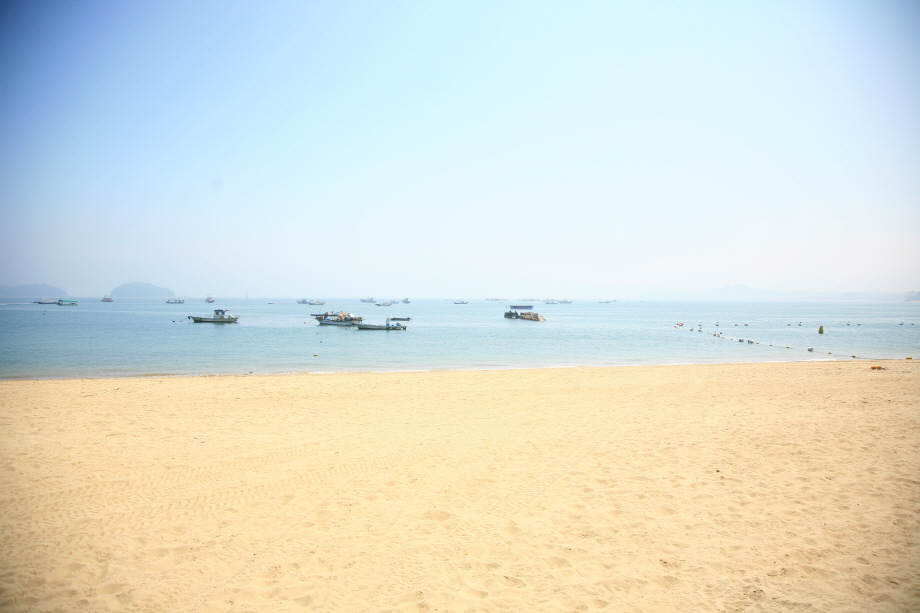 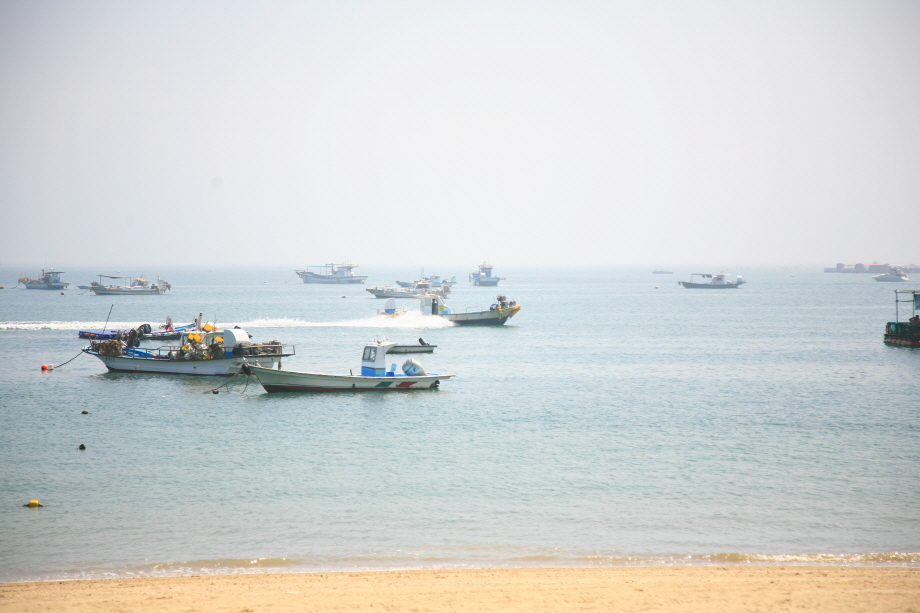 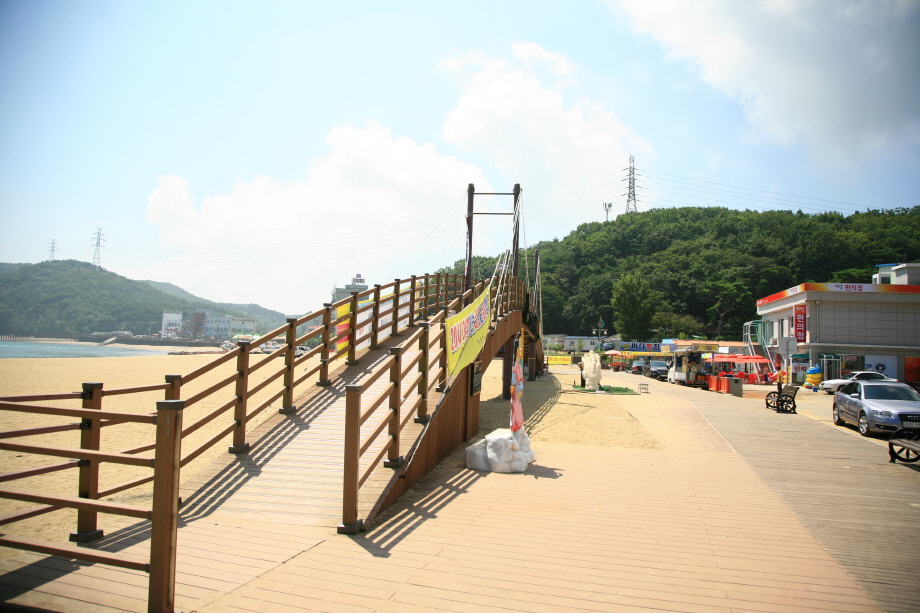 Waemok Village is the one and only place in Korea, where you can enjoy a view of the sunrise, sunset and moonrise. The sun and the moon rise from different points between Yongmuchi of the Port of Janggo and Gukhwado Island of Hwaseong, Gyeonggi-do depending on the time of the year. The sun typically sets on Bigyeongdo Island, situated between Sonanjiseom Island and Daenaninseom Island of Seongmun-myeon, Dangjin.

Name to be entered into the GPS system : Waemok-maeul (Waemok Village)