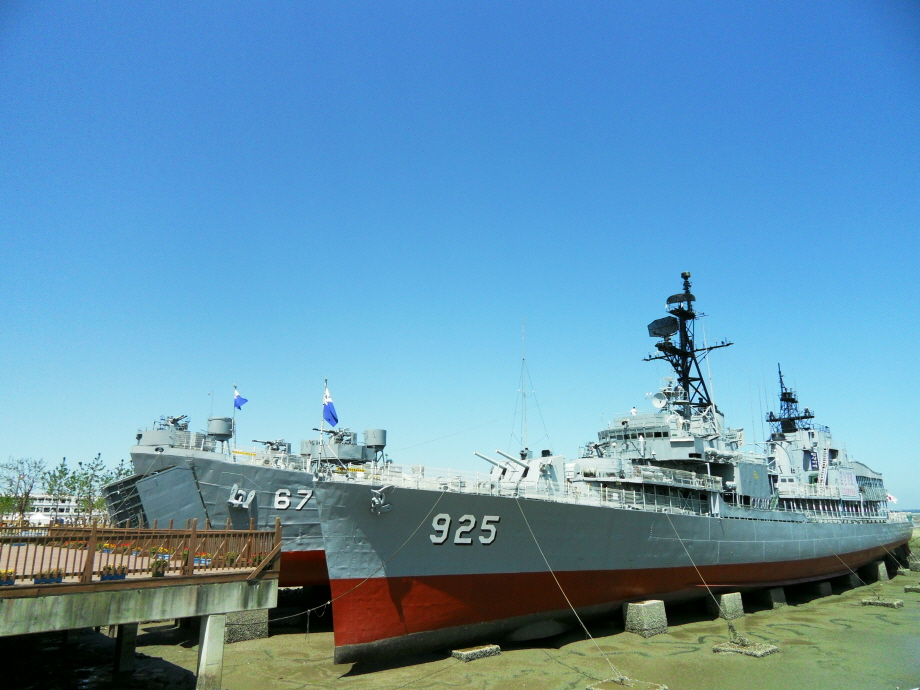 This is a battleship theme park, with a naval experience hall and history hall containing decommissioned naval ships, where you can learn about the lives and military duties of naval officers and the marine corps officers.

On the coastal waters across from Sapgyoho Tourist Site, a famous tourist attraction in Dangjin, there are two battleships, which no longer serve their original functions. Of these battleships, which had been strictly off limits to the public prior to being decommissioned, one has been remodeled so that general citizens can gain a glimpse into the traditions and culture of the navy and marine corps as well as the weapons and equipment they use, and the other is on display as is so that a warship can be viewed in its original state.

The armed vehicles used by the ROK Marine Corps, known for their excellence in coastal infiltration to attack the enemy on shore, the guns and heavy machine guns used to hit and sink the enemy vessels, and the massive screw of the propellant system that drives forth a warship on the sea can be witnessed at this theme park. These weapons are on display at the yard of Hamsang Park, with the two battleships seen in the background. Visitors can enter the facilities and try handling these weapons, which triggers even more curiosity about battleships.

This warship, acquired from Long Beach, California in October 1958, was brought into Korea through the Port of Jinhae in March 1959. It was used in the special transportation missions from 1966 to 1977, sent to Vietnam for battle 10 times, participate in forty-one Korea-US landing operations from 1962 to 1999, nine team spirit training sessions from 1981 to 1993, and eight Nakdo promotion sessions from 1974 to 1994 before it was decommissioned.

The introduction of LST679, a massive landing ship, into the site sparked the glory days of Hamsang Park. The interior of the ship was renovated into an exhibition space to present information on the ROK Navy, starting right from the lobby. As you check out the diverse information on the ROK Navy such as their duties, utility, military training, major events, diplomatic activities, and future vision, you will be able to better understand the navy, which is unfamiliar to the general public.

Past the lobby, you can get to the area containing the bunks where there are displays of wax figures of naval officers at the end of the corridor. The space beyond this point is the exhibition room providing information on the Second Battle of Yeonpyeong, a confrontation between North and South Korea that was ignited with a surprise attack from North Korea near the Northern Limit Line on the west of Yeonpyeongdo Island in the West Sea on June 29, 2002. Diorama and other materials are on display to provide detailed information on the Battle of Yeonpyeong for an indirect experience of a naval confrontation. Also, inside the battleship, visitors can check out the uniforms of the ROK Navy, military culture, and various military activities such as joint battle operations and landing operations by the Navy and the Marine Corps.

DD-876 was acquired from Seattle, Washington in August 1981 and was renamed as DD-925. It was brought into Korea through the Port of Jinhae in October 1981, after which a commissioning ceremony was held to have the battleship placed under the control of the ROK Navy 1st Fleet. It was under the control of the 2nd Fleet thereafter before being decommissioned on December 30, 1999.

With the officers of the 38th enrollment class of the naval academy on board, it traveled from Jinhae to Hawaii via Guam and Midway for a cruise training before returning back to Korea between the months of November and December in 1983. It was used in another overseas cruise training in addition to four field maneuver exercises including the Reunification Training, Firebird Training and Sea Inspection as well as two anti-spy security operations.

When you get into this warship from Hwasanham, you will see the original equipment and interior in the combat information center that have been preserved since it was decommissioned. Inside the combat information center, there are various types of equipment that were used in its former days of operation including communications equipment, a massive radar, an air search radar, a target tracking device, and sound detection facilities. Also, the bridge, which could be described as the command tower of a battleship, also displays all of the facilities and equipment that were in use when it was in commission.

The voice tube, emergency network for information on fishing boats, nautical charts, lighting panel, steering wheel, engine room telegraph, gyro repeater and other facilities and equipment that are unfamiliar to the general public are on display on the bridge.

You can learn about their functions and purpose of use at the Hamsan Café found in the rear side of the battleship. Wherever you are sitting in the café, you will be able to take in an open view of the West Sea as well as Seohaedaegyo Bridge, which is a landmark of Dangjin. The spectacular sight of the sea across from Sapgyoho Tourist Park will also be memorable. The café, which can accommodate around 50 customers, is open from 9 a.m. until 5:30 p.m. in the fall and winter and from 9 a.m. until 6 p.m. in the spring and summer. It is open to only those who have purchased the admissions ticket to the Hamsang Park. 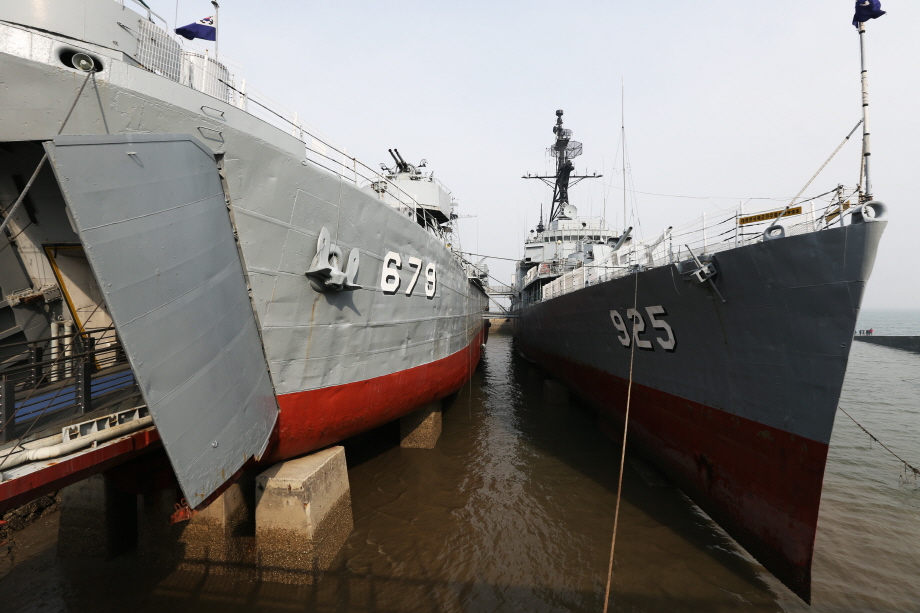 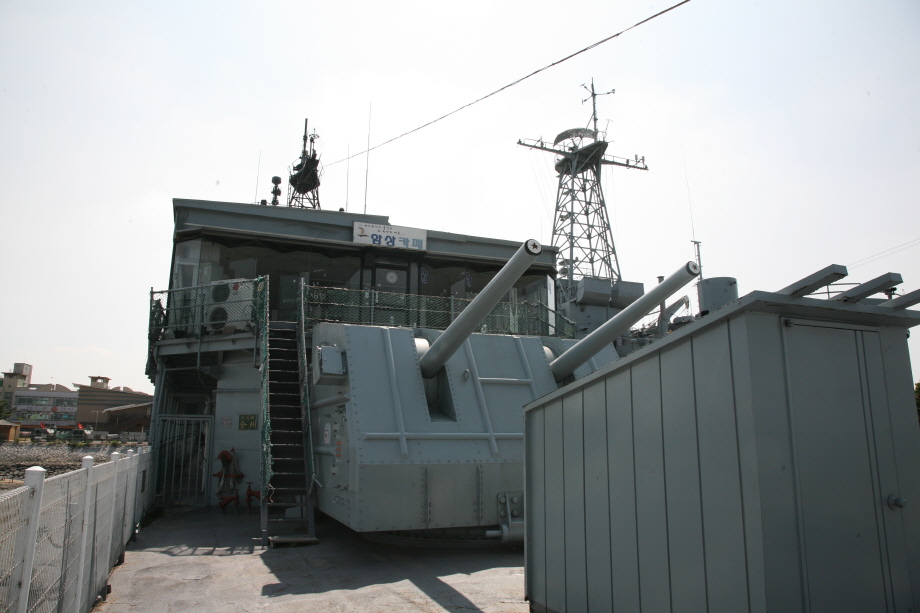 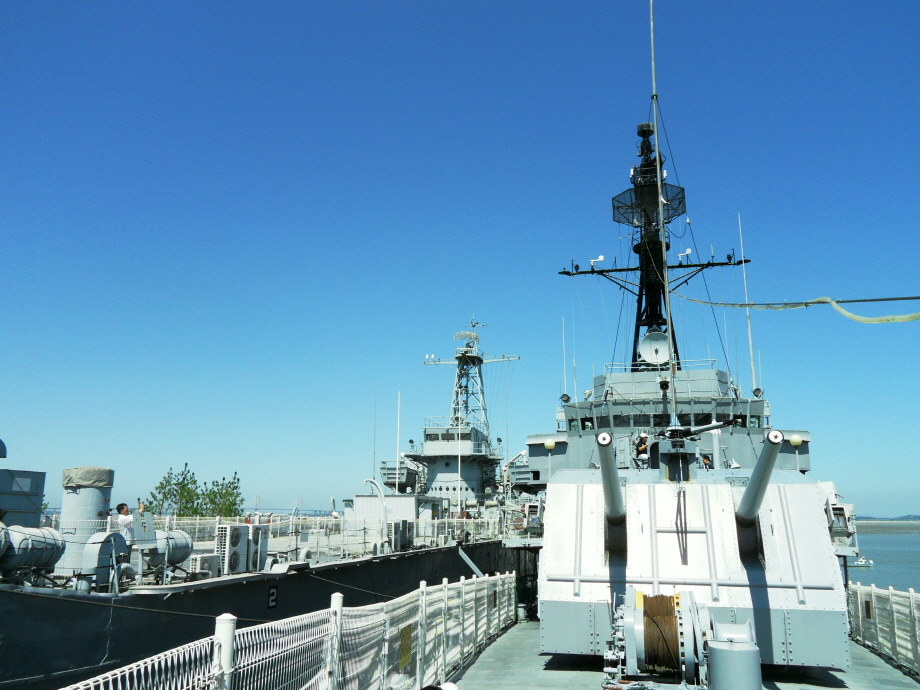 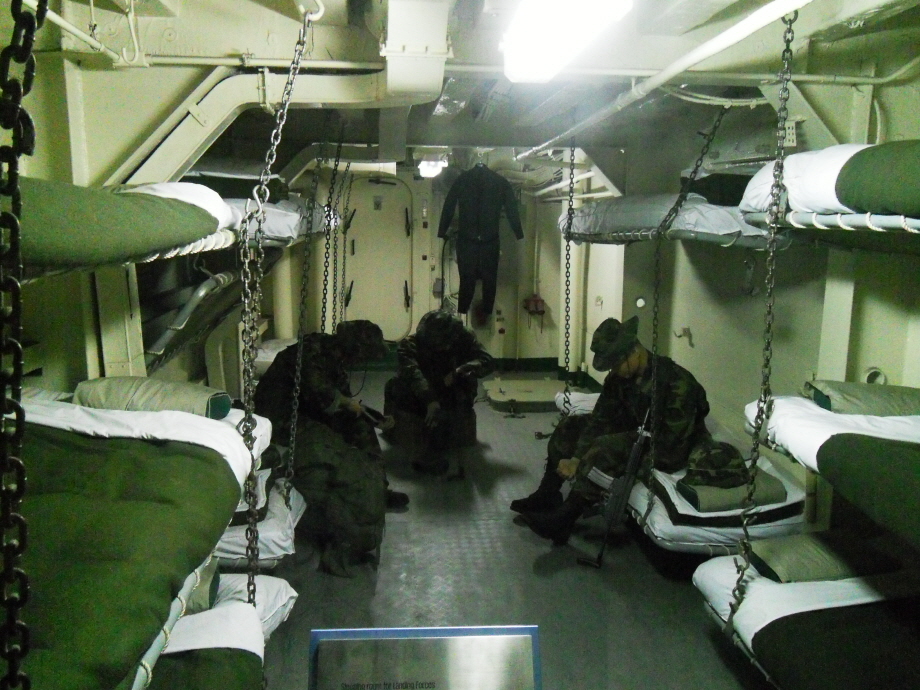 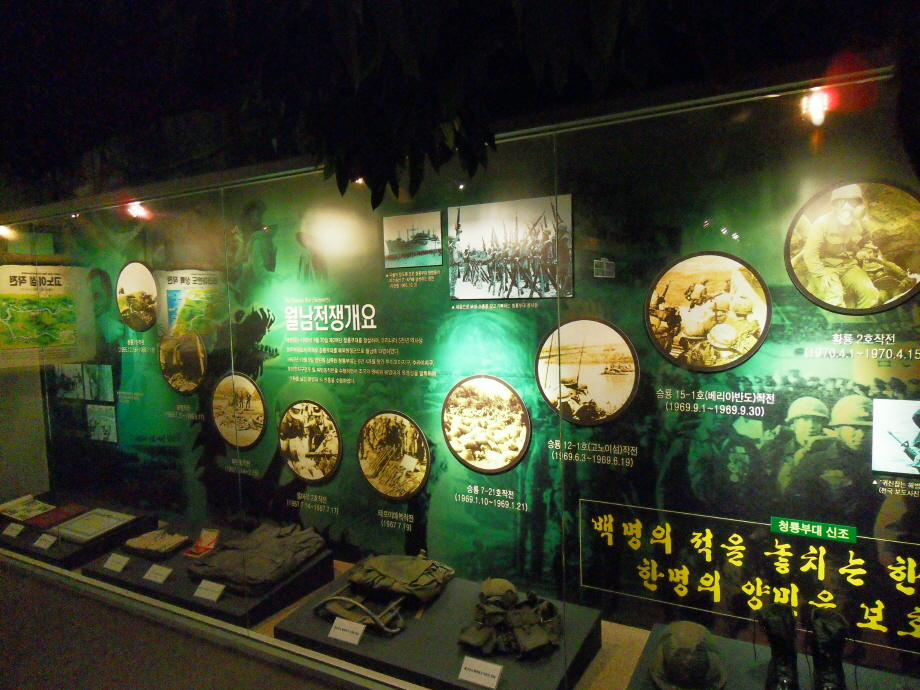 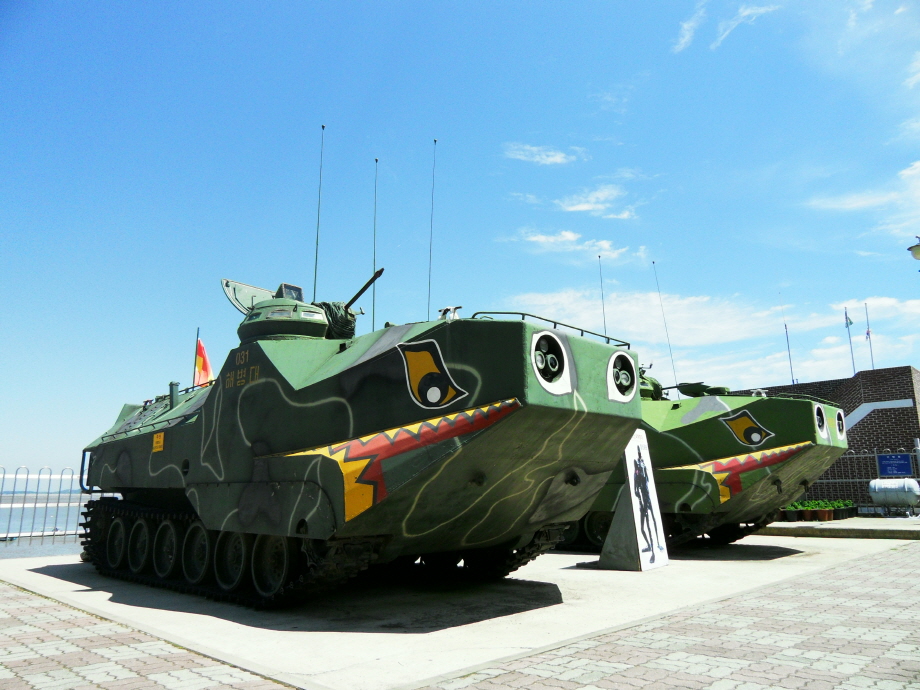 Name to be entered into the GPS system: Sapgyoho Hamsang Park