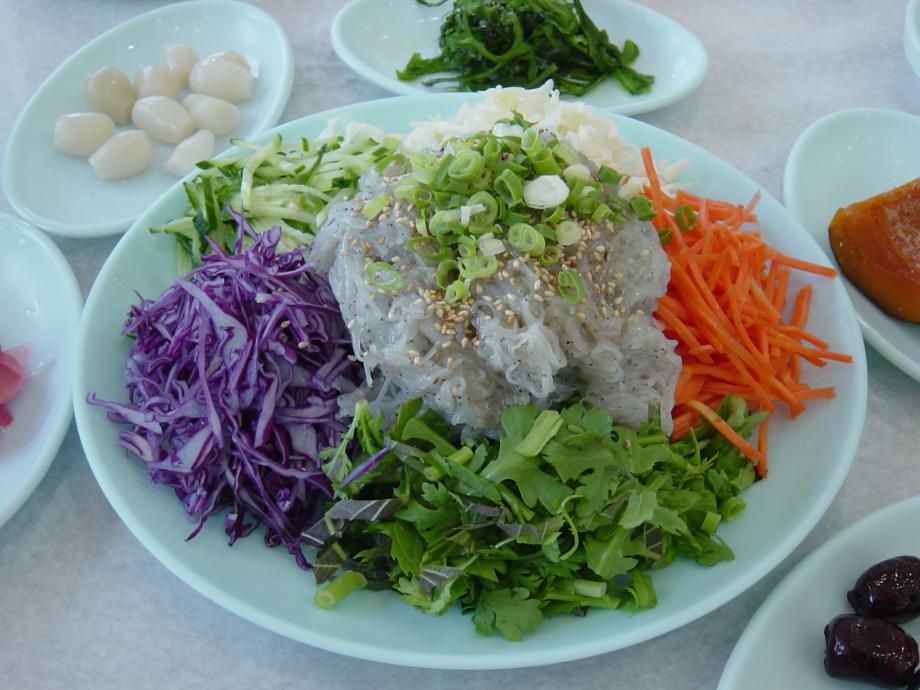 “Do you know that juveniles of tidepool gunnels and dried ice fish are tasty and rich in calcium?”

The Janggohang Silchi Festival is held at the Port of Janggo in Seongmun-myeon, Dangjin-si, Chungcheongnam-do between April and May every year.Silchi refers to the juveniles of tidepool gunnels, which are white fish that are as thin as a thread. Baengeopo (dried ice fish), which is a side dish that you’ve probably eaten at one time or another, is actually made with silchi. Silchi is also popularly eaten as hoe (raw fish), but raw silchi can only be enjoyed near their fishery as they die quickly after being caught. Silchi are caught until late June, but they taste the best before the middle of May as their bones tend to thicken, making them less tasty past this point.

The Janggohang Silchi Festival Steering Committee holds the festival every April and May to offer people a chance to enjoy the delicious taste of raw silchi. At the festival, you can try raw silchi and mulhoe (cold raw fish soup) mixed with cucumber, pear, sesame leaves and carrots as well as spicy red pepper and vinegar sauce. Also, you can also enjoy the taste of silchi-guk, a hot and refreshing soup made with silchi, spinach and curled mallow.

There are a wide range of experience programs in store for the visitors including catching fish with bare hands, a seafood auction, and making baengeopo using silchi, in addition to samulnori (traditional Korean percussion quartet), youth dance and aerobic performances and a singing talent show.
There will also be experience programs organized in connection with the nearby tourist sites so that the visitors can enjoy traveling in the region and gain fun experiences at the festival at the same time.