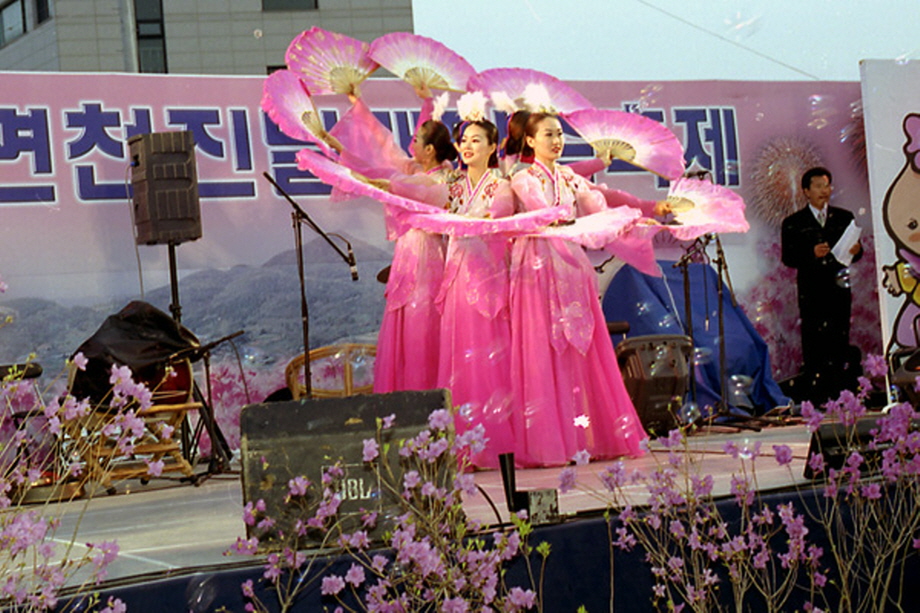 This is a festival organized to promote the national sentiments and traditions associated with azaleas to the world and young adults, and to enjoy a wide variety of foods and drinks made using azaleas including azalea liquor, flower pancakes, azalea sikhye (sweet rice punch), and azalea rice cakes.

“A flavorful and fragrant festival of azaleas”

The Myeoncheon Azalea Festival is held to introduce Myeoncheon Dugyeonju liquor, designated as Important Intangible Cultural Heritage No. 86, as well as folk games, legends, folktales, poems and novels that center on the theme of azaleas. The aim is promote the national sentiments and traditions associated with azaleas to the world and young adults, and to enjoy a wide variety of foods and drinks made using azaleas including azalea liquor, hwajeon (flower pancakes), azalea sikhye (sweet rice punch), and azalea rice cakes.

The objective of the Myeoncheon Azalea Festival is to demonstrate and pass on the spirit of our predecessors in connection with azaleas by sharing the national sentiments and traditions as well as local characteristics that are associated with this beautiful flower. The goals of the festival are as follows:

First, learn about the customs and traditions of our predecessors through the folk games involving azaleas,
Second, develop diverse foods and beverages using azaleas in order to promote their excellence as a food ingredient and medicinal efficacy and to enjoy their distinct flavor to the fullest;
Third, hold an exhibition on the books and poems about azaleas so as to learn about the lifestyles of our predecessors that have connections to azaleas, while enjoy foods and beverages made with azaleas.

Myeoncheon contains Mongsanseong Fortress, which was an important military strategic point during the Baekje period. It served as a refuge for the people of Baekje during the Baekje Revival Movement, and it was home to Bok Ji-gyeom and Park Sul-hui, who contributed to the founding of Goryeo, as shown in the KBS drama, “Taejo Wang Geon." There is also the Myeoncheoneupseong Fortress, which demonstrates the characteristics unique to the Joseon fortresses, and Seungjeonmok, where the Donghak Army was victorious against the Japanese forces during the Donghak Peasant War. Of particular note, Myeoncheon Dugyeonju, designated as Important Intangible Heritage No. 86, has been passed down all these years, along with its secret recipe, and there are legendary tales of filial piety associated with the cultural heritage sites associated with azaleas including Amisan Mountain, where the flowers picked, as well as the Ansaem Spring, Myeoncheon Ginkgo Tree and Bok Ji-gyeom’s family shrine. Accordingly, the steering committee of the festival decided to organize the event to shed light on the cultural heritage sites associated with azaleas as well as Bok Ji-gyeom and Dugyeonju, which has become a symbol of filial piety. As such, the aim of the festival is to introduce literatures on azaleas including myths, proverbs, poems and novels as well as folk games, and give an opportunity for visitors to try liquor, sikhye, hwajeon, and rice cake made with azalea, while discovering the stories of sorrow, love, separation and hope of the Korean people. 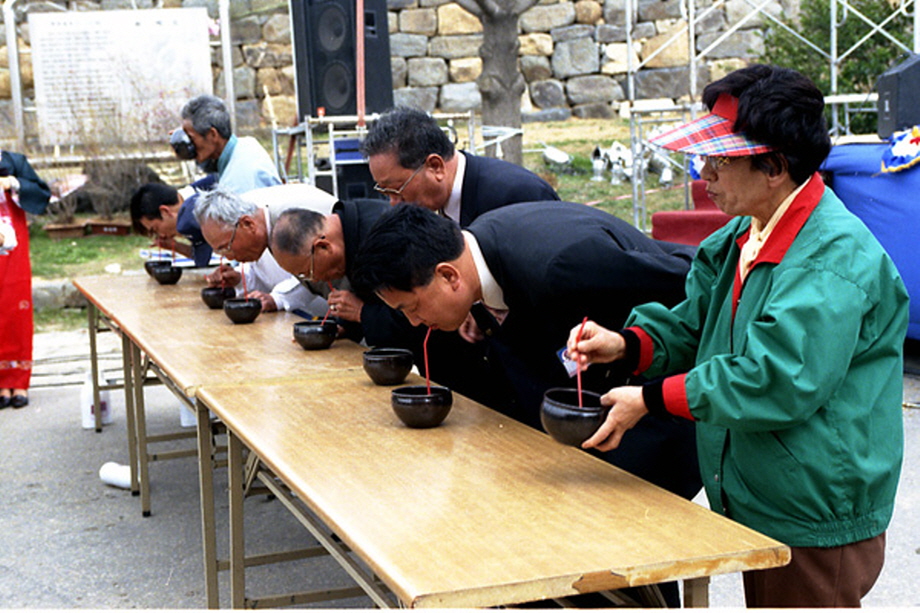 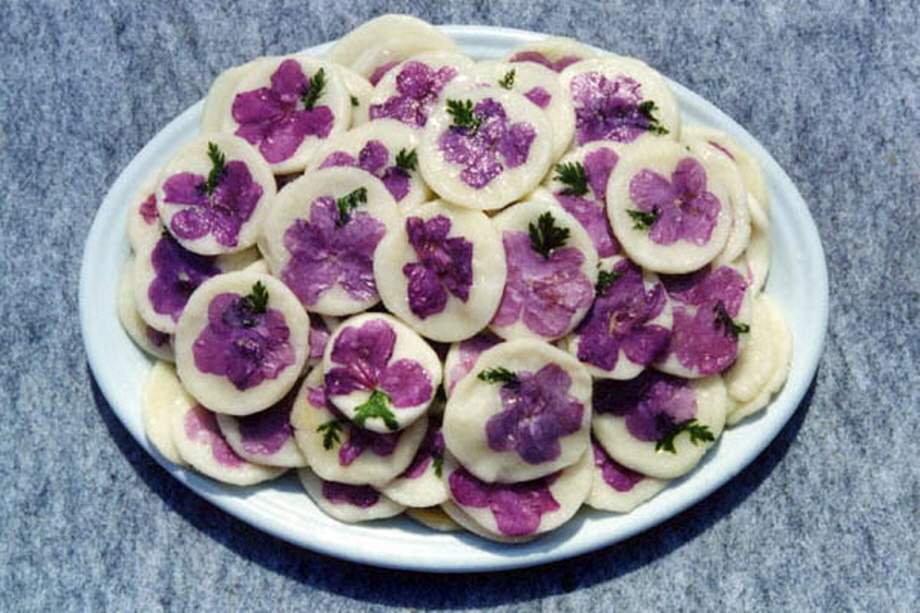